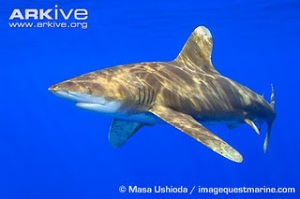 On Tuesday evening, Google played host to festivities introducing ARKive and Wildscreen USA to the West Coast, with special guest speakers Dr. Sylvia Earle and Dr. Mike Fay, both National Geographic Explorers-In-Residence.
The ARKive project is a unique global initiative, gathering together the very best films, photographs, and audio recordings of the world’s threatened animals, plants, and fungi into one centralized digital library to create a freely-accessible, multimedia record of life on Earth. Sir David Attenborough’s riveting video introduction to the project can be seen here on the ARKive website.  By clicking the ‘Get Involved’ tab,  you can see how it is possible to make your own unique contribution to the ARKive mission.

Also a contributor to Google Earth, ARKive is leading the ‘virtual’ conservation effort by creating comprehensive multimedia species profiles, making a key resource available for scientists, conservationists, educators and the general public. These important audio-visual records will be preserved and maintained for the benefit of future generations and are freely available on the ARKive website as a valuable educational resource and communications tool reaching a worldwide audience. Below, Sir David Attenborough explains the exciting collaboration between ARKive and Google Earth.

Wildscreen is a not-for-profit charity whose mission is to promote the public understanding and appreciation of the world’s biodiversity, and the need for its conservation, communicated through the power of wildlife imagery.
Established 25 years ago, Wildscreen’s Patrons include some of the world’s greatest environmental icons.  Wildscreen’s supporters, partners and collaborators include the world’s most influential conservationists, environmentalists and broadcast industry leaders, and Wildscreen itself has established an international reputation and proven track record within the fields of natural history media, communications and education. ARKive is one of Wildscreen’s five global initiatives.